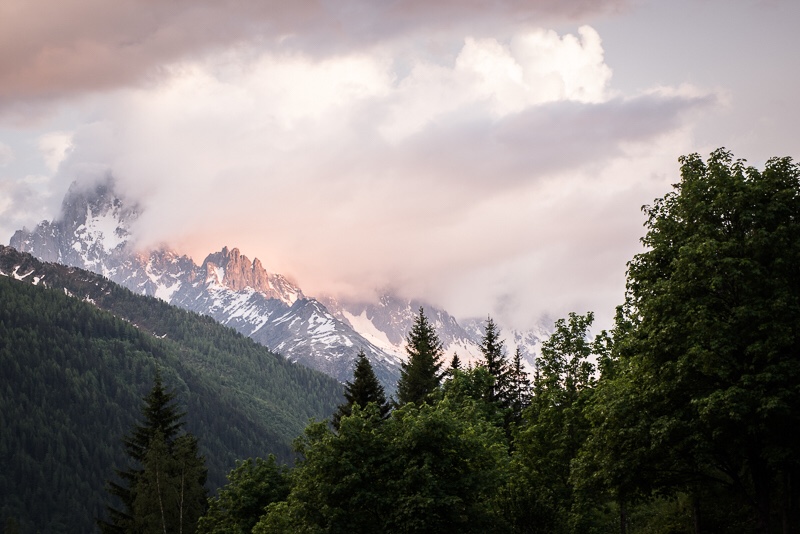 We left La Grange fairly early and it looked like it was going to be a sunny day.  Our host had prepared a traditional lunch which consisted of fresh bread and cheese.  However, this time, we had a beautiful heirloom tomato added in the mix.  Quite surprising as it hailed the previous afternoon.  Mark had mentioned that this day was basically going to be a traverse.  No major elevation gain or decrease per se.  Then he clarified that it was actually a “Nepali Traverse”.  So basically, there was a lot of up and down, followed by some fairly flat sections followed by UP and down.  We walked through a very nice forest with pines, and quite early on a young German man named Michael came up behind us.  We had spent the evening with him at La Lechere, and he told us that we were the nicest people he had met so far.  Low standards. 🙂  Michael stayed with us for about 10 minutes until a leggy, very fit lady passed us.  Apparently Michael had met her a few nights before.  Needless to say he left us in the dust.  Apparently, attractive trumped nice.  🙂 I knew we were going to come to  a Col (a pass) and then down into Trient for the evening.  This particular pass was called Col de Forclaz.  All of our other col’s had been in the middle of nature, but it literally means “pass” so I shouldn’t have been surprised when we came to a clearing and there was a highway going over the “col”.  Afternoon day trippers and tons of cars was not what I was expecting.  We had a quick lunch.  The tomato was amazing, and headed down the hillside into Trient.  Our accommodation for this evening was a fairly big hotel called La Grande Ourse (The Big Bear).  Our choices for accommodation were slim in this village, and Mark had picked the nicest.  The rooms were nice but again, no toilets or showers.  I had seen the proprietress take Mark down to where the guide room; however, it looked like she was heading to the basement.  In most of the Refuges, Mark would be in a bunk bed style room with other guides, but not here.  She was taking him down, down, down.  Not cool.  So Mark got a nice room to himself.  Then came the hoards of people and the dinner fiasco.  We had really done a fantastic job of staying away from really any groups on the trip, but for some reason this little town was packed with hikers.  This meant the trek over the Col de Balme was going to be like a conga line the next day.  Mark was already looking at his GPS for alternate routes.  Dinner was set for 7pm, and the room had about 50 odd people in it.  The staff served one plate at a time.  Literally carried one plate with two hands.  The absurdity of it all.  Needless to say, this was probably one of our worst nights accommodations.  C’est La Vie.  It was what it was.

This day almost beats day two.  Hmm, maybe it does …  We decided to get an early start to miss all of the other hikers; however, before we even left the small town, we could see probably 20 hikers or so spread out along the trail.  Mark stopped to ask one of the owners of the hostel if this “other route” was open.  She said yes, but that is was fairly steep.  Steep, I scoff at steep. 🙂  So we took a detour straight up the side of another hillside.  Lots of switchbacks, but not too bad.  You can tell you are getting closer and closer to the top when you can see through the trees.  It is funny how timing can be everything.  I just happened to tell Mark that I needed to stop to check out a hot spot on my heel.  As Mark says, “Always be bothered.”  We were off trail at this point and heading out on our own route.  Just then, I saw Michael coming up a different trail but in our same direction.  Had I not stopped to adjust my shoe, he would have never seen us and would have taken a different path.  As it turns out, the night before Mark had told him we were going to try a different route, and he followed suit.  Unlike us, however, he took a different trail at the bottom and was stopped by some workers and told the trail this particular trail to the top was closed.  I guess he waited until they turned away and scooted by.  Anyway, he joined our little crew and off we went tramping following Mark’s GPS.  We found some breathtaking views.  We actually never even went over Col de Balme, but from a point much higher, we looked down at all the Mayhem.  I love making my own trail.  Once again, another picturesque site for lunch, and then a small down into a valley before our final climb for the day.  Of course, there was time for a final “Brightwell Bum Slide.” I had learned by this point that even without rain pants, my bum would dry very quickly.  Towards to bottom of the valley, Mark pointed out two routes.  One which traversed the hillside, and one which went directly up to the top.  Guess which way we went.  The rock structure of this path was very different than a regular trail, and little bits of bouldering made it all the more fun.  Then came the inevitable down hill.  Not as miserable as our downhill into Courmayeur, but fairly brutal.  We came to a beautiful refuge that looked like a hobbit cottage with rooms put in every little corner.  Great personality.  Our final dinner on the trail was not a disappointment.  A huge salad, french bread, and guess what, CHEESE!!!  Think this was about a 9 hour day. 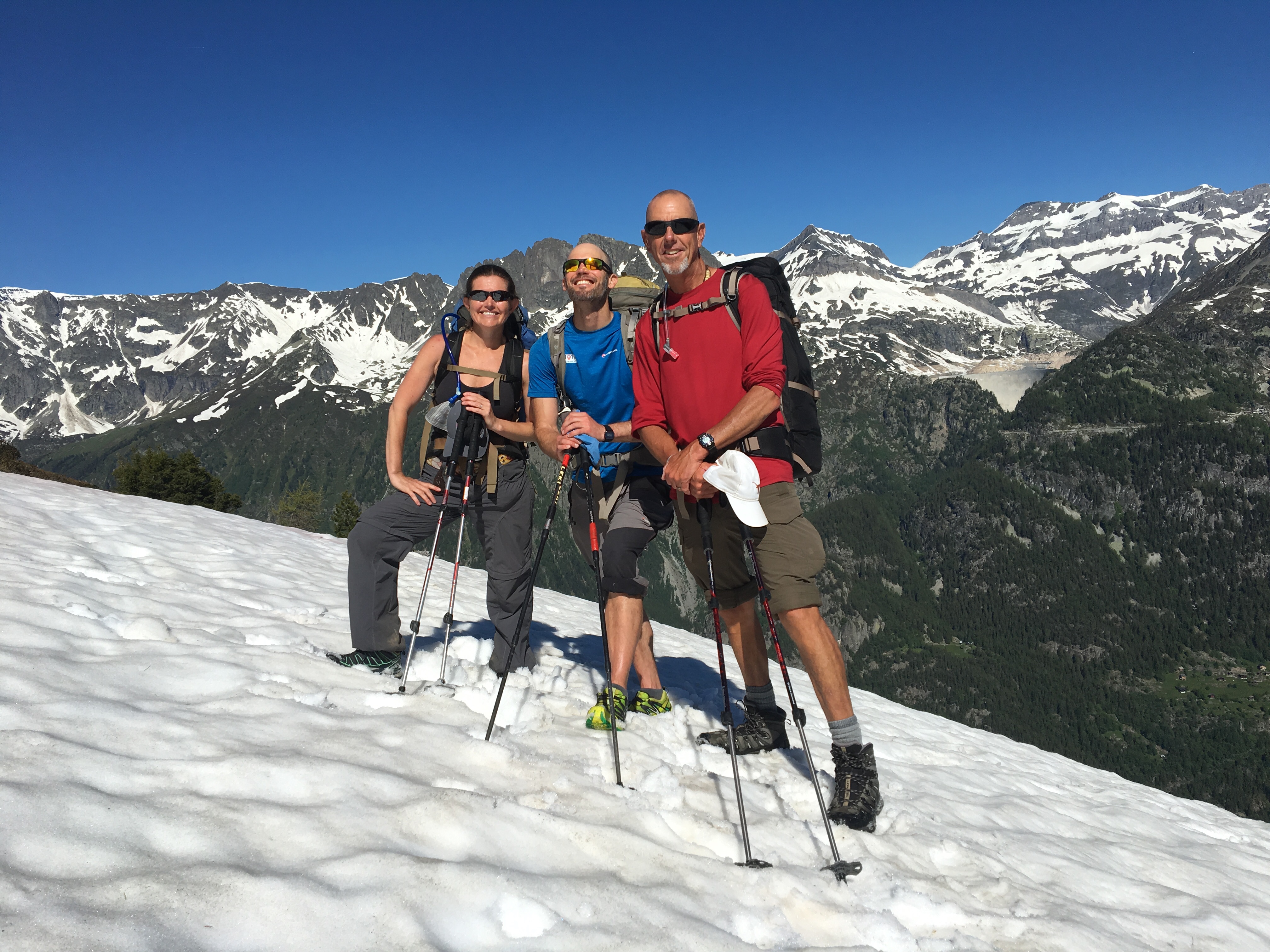 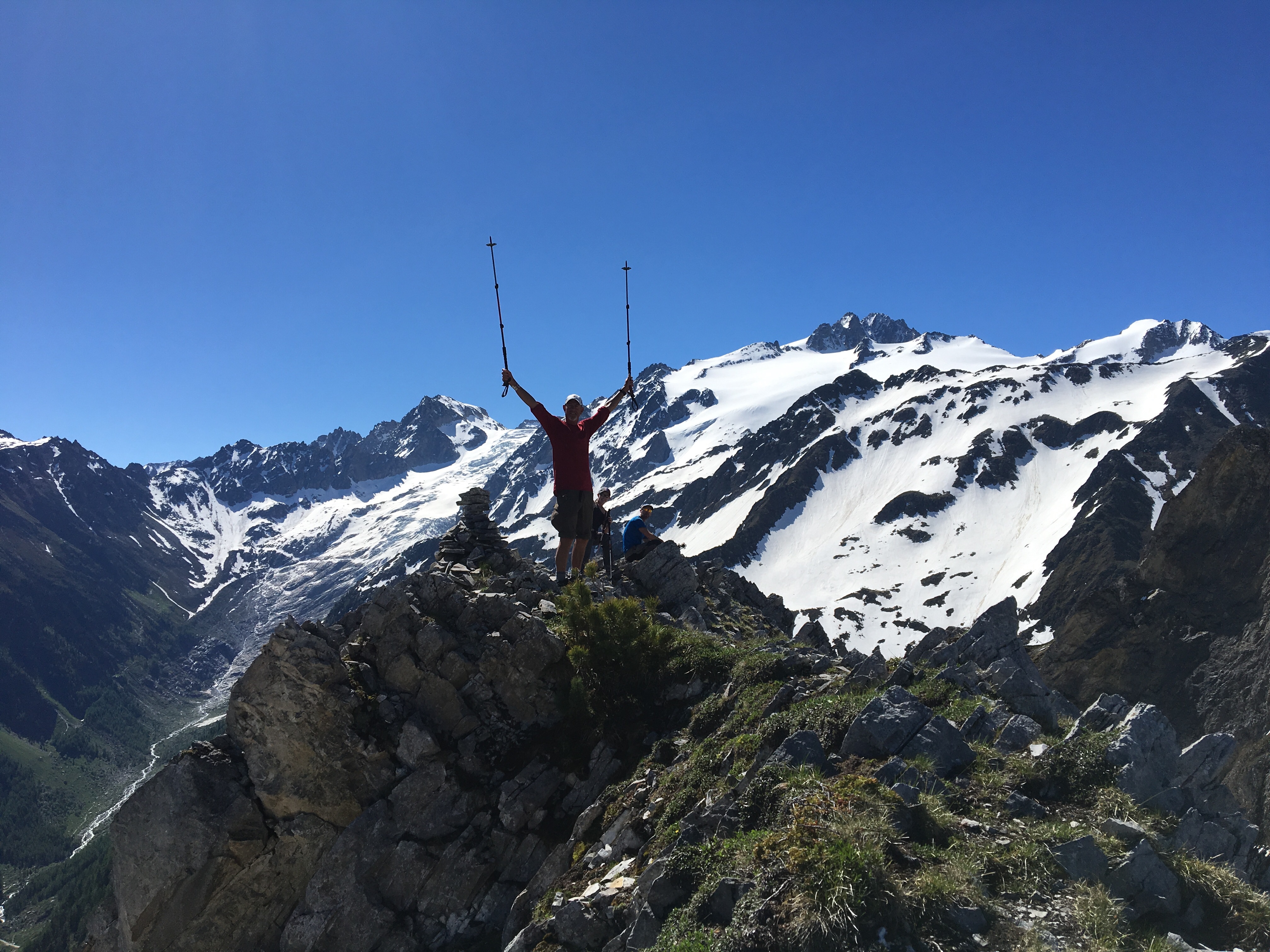 The views, holy cow!  Amazing what can be accomplished by putting one foot in front of the other!!! 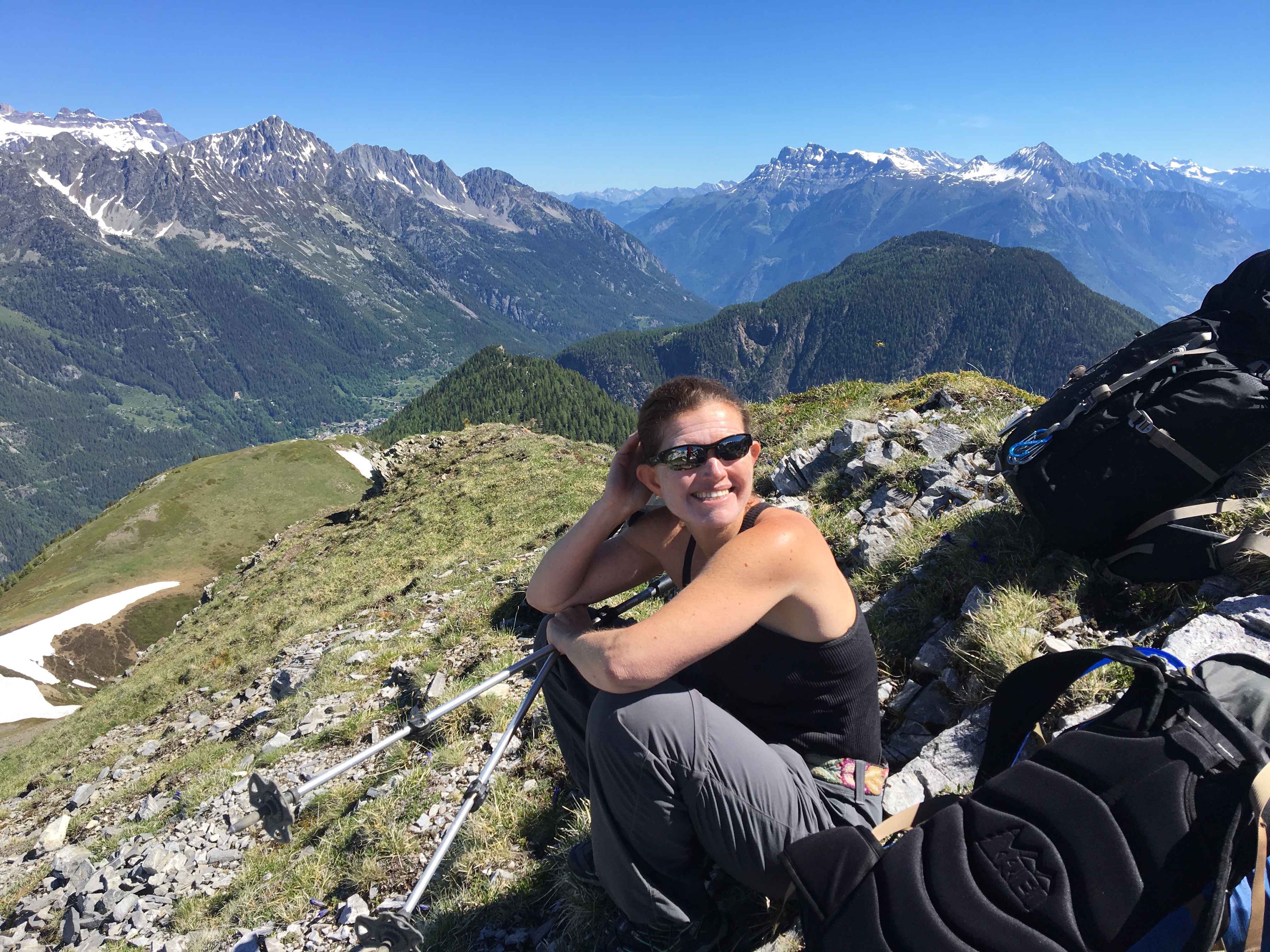 We were greeted with clear skies for our last day of hiking.  Once again we took off heading up the side of the valley.  We would trek up and then basically walk parallel to a few villages and eventually be on top of the town of Chamonix and head down the mountainside.  One of the highlights of this trek was using the steel ladders that were built during WWII to basically ascend quite quickly.  Of course, this meant now using my arms.  It was great.  Something completely different and unique. 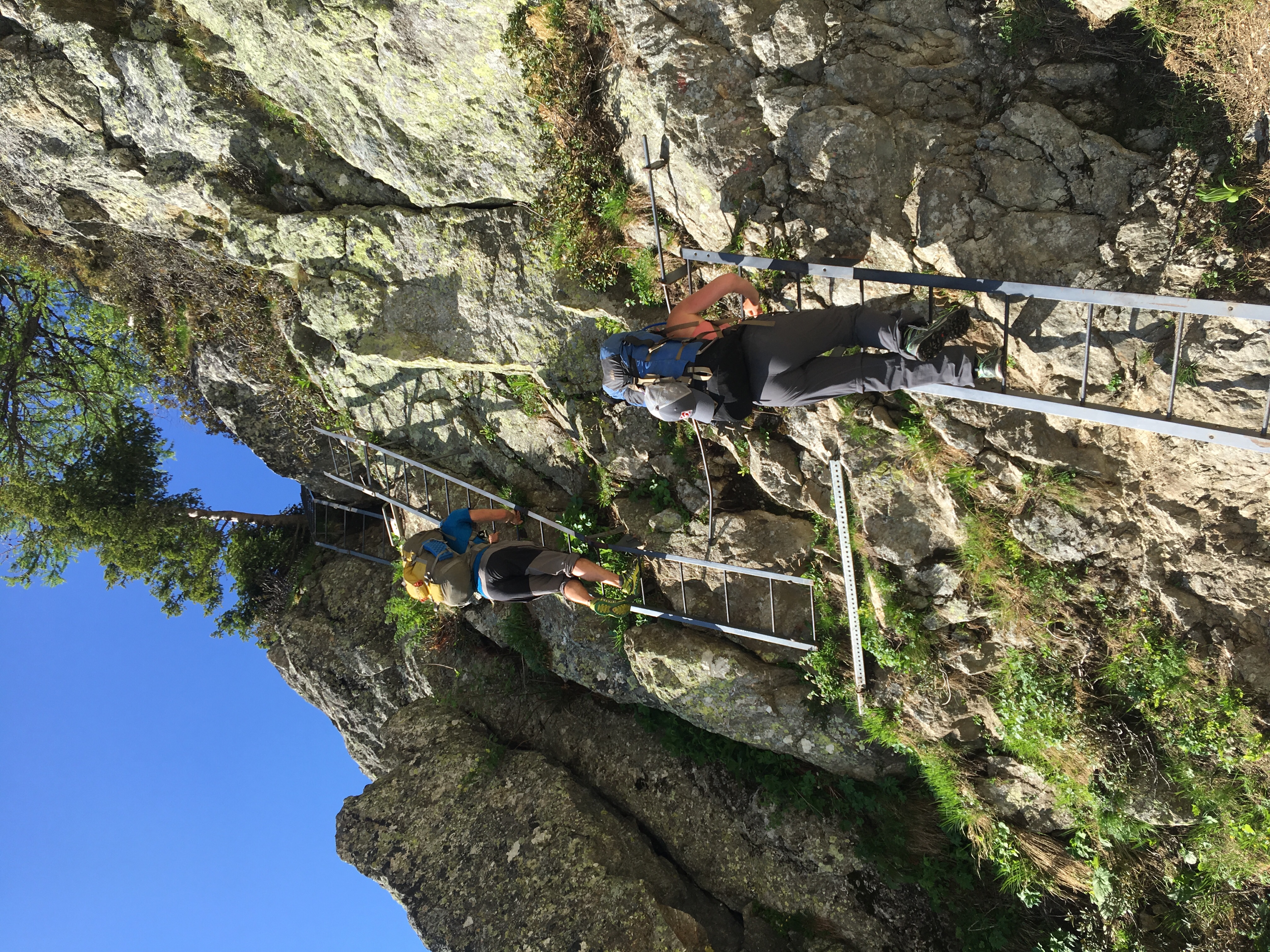 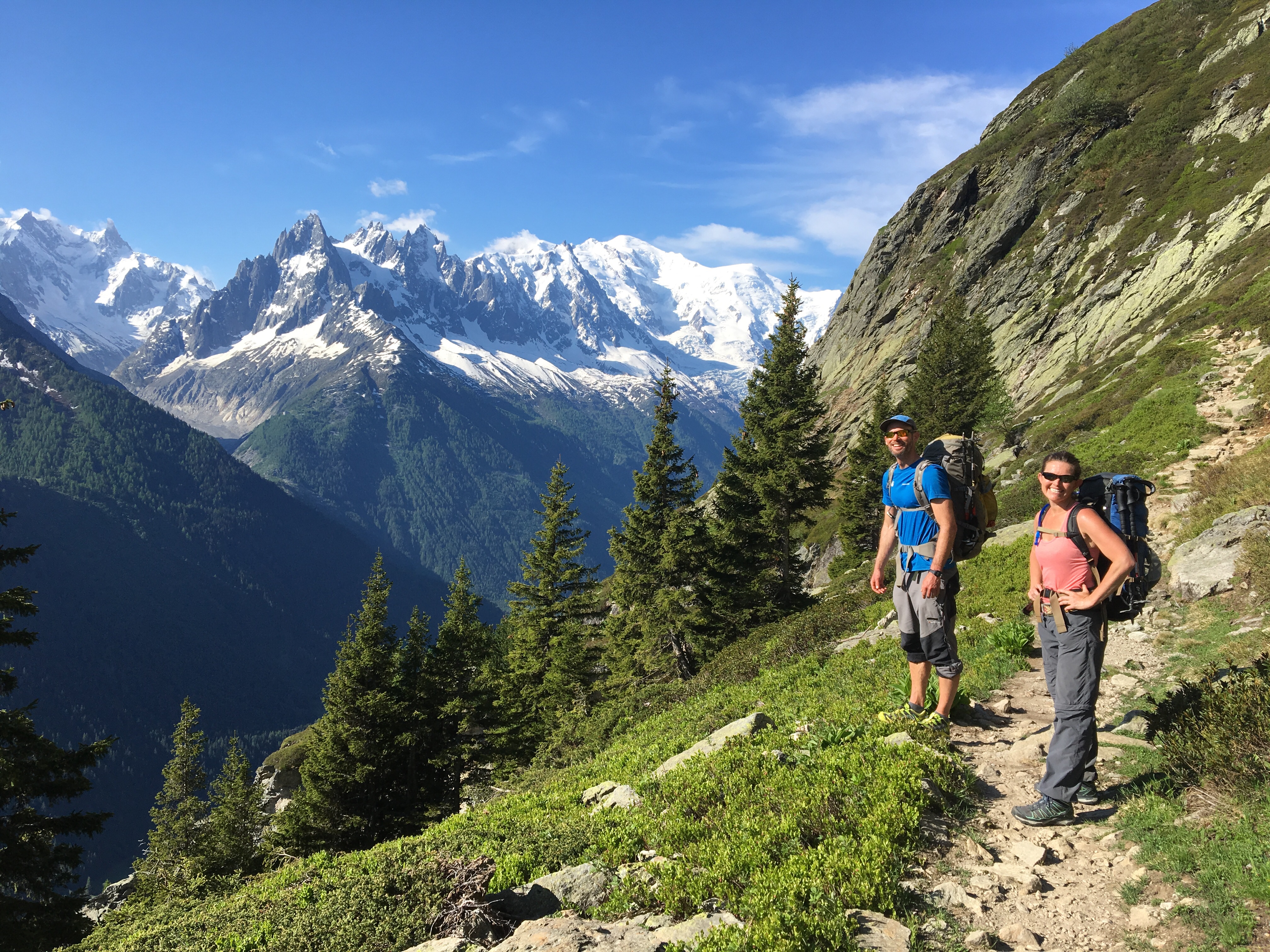 Mark had let us know this would also be a 7-8 hour day.  Once we reached the high point, we did actually traverse across the mountainside.  After about 4 hours, I saw a sign that pointed down the hill that said Chamonix 1.5 hours.  To be honest, I was quite hopeful we would take that path and have a shorter day.  But, nope, Mark didn’t take that trail down.  Instead, we went forward and up.  At this point we were trekking on bigger paths as we were in the main ski areas of the region.  We also passed a lot more hikers as the trail was accessible from a lift.  Eventually Mark pointed out a big lift in the distance and let us know we had one more uphill before our final descent.  Another remarkable trait of Mark’s was to have the ability to make this last push enjoyable.  Instead of trekking up to the hoards, he started to go down and then strategically hop boulder to boulder, through a small snow patch, and back to the boulders.  We completely bypassed the day trekkers and had a little fun scrambling towards the ski lift.  We sat down for a final snack.  We were now in the midst of humanity.  Paragliders taking off to our left, hikers coming from below, the ski lift passing above.  One hour and forty minutes of straight descent, and I would be able to have a shower.  More importantly for Jason, I am sure, is he could have a beer.  We entered Chamonix around 2:30 in the afternoon.  After checking into our hotel and cleaning up, we went into the main village to find a topographical map so Mark could show us our exact path.  I had my celebratory vanilla ice cream cone and Jason had his beer.  We met Mark for a final dinner, and he chose an Asian fusion restaurant that didn’t serve cheese or bread.  Don’t think I could have had a happier ending.

Sweet.  A journey that I believe all should take.  I firmly believe we had the trip that we did due to our guide.  Had we been alone, we would have been unprepared and never taken the “path less taken”.

Just a few photos below of our journey.  photo credits:  @mark_brightwell 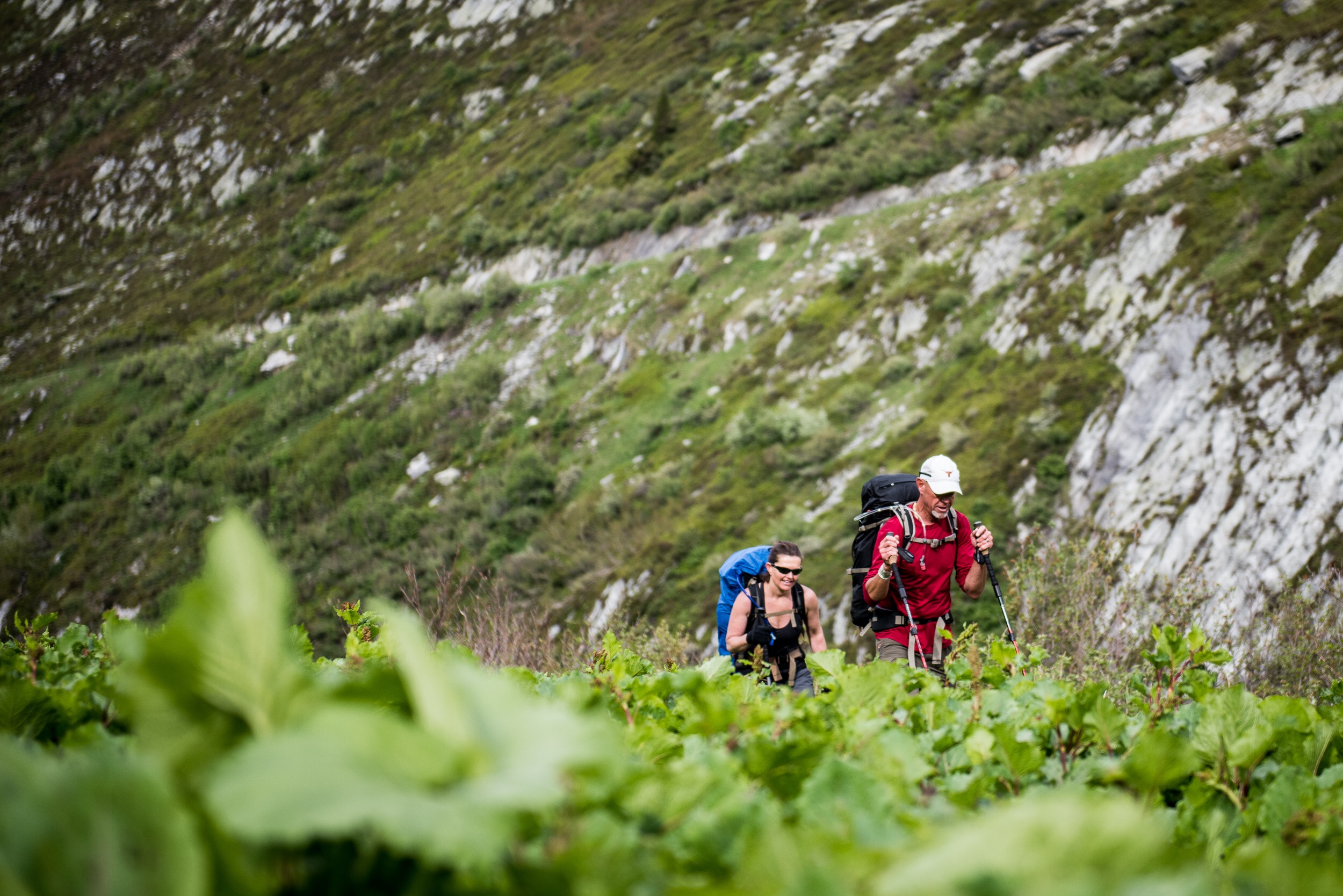 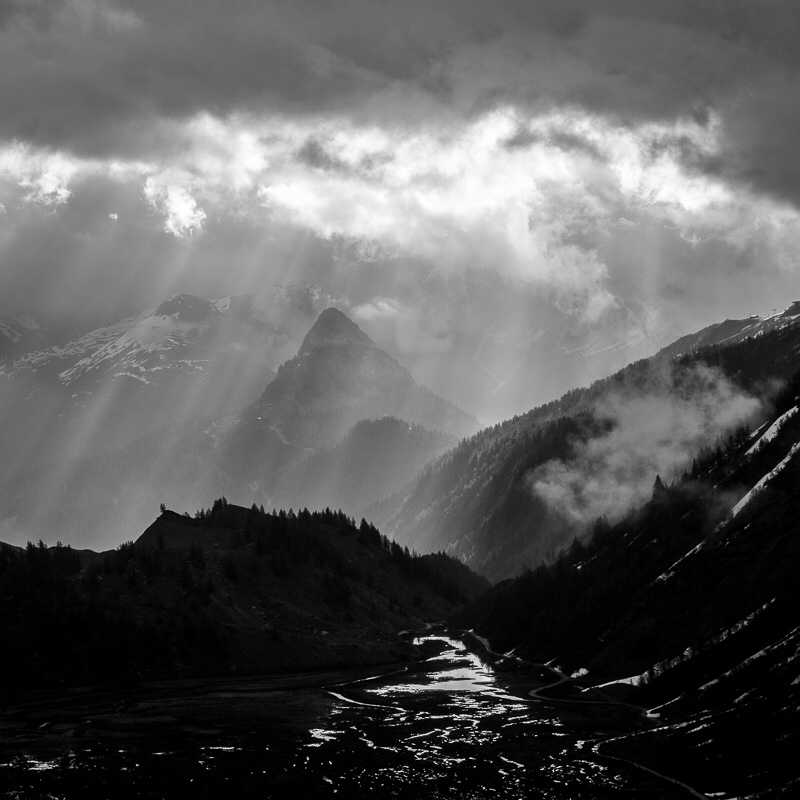 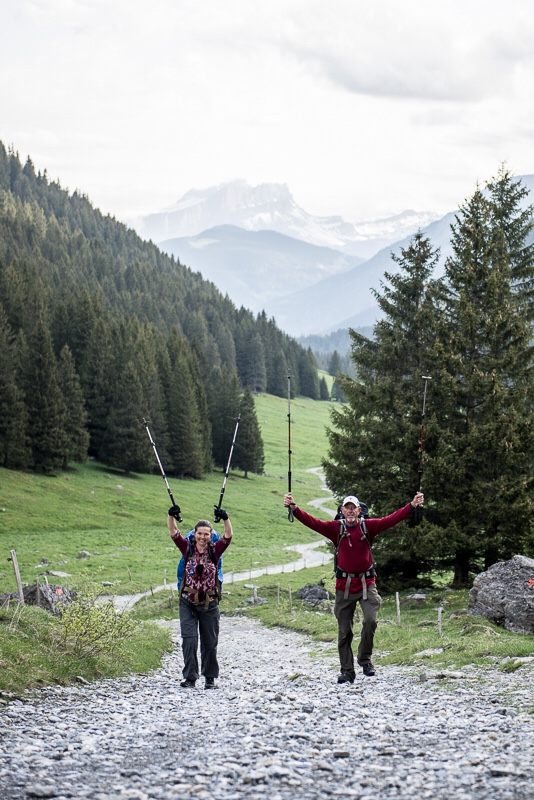 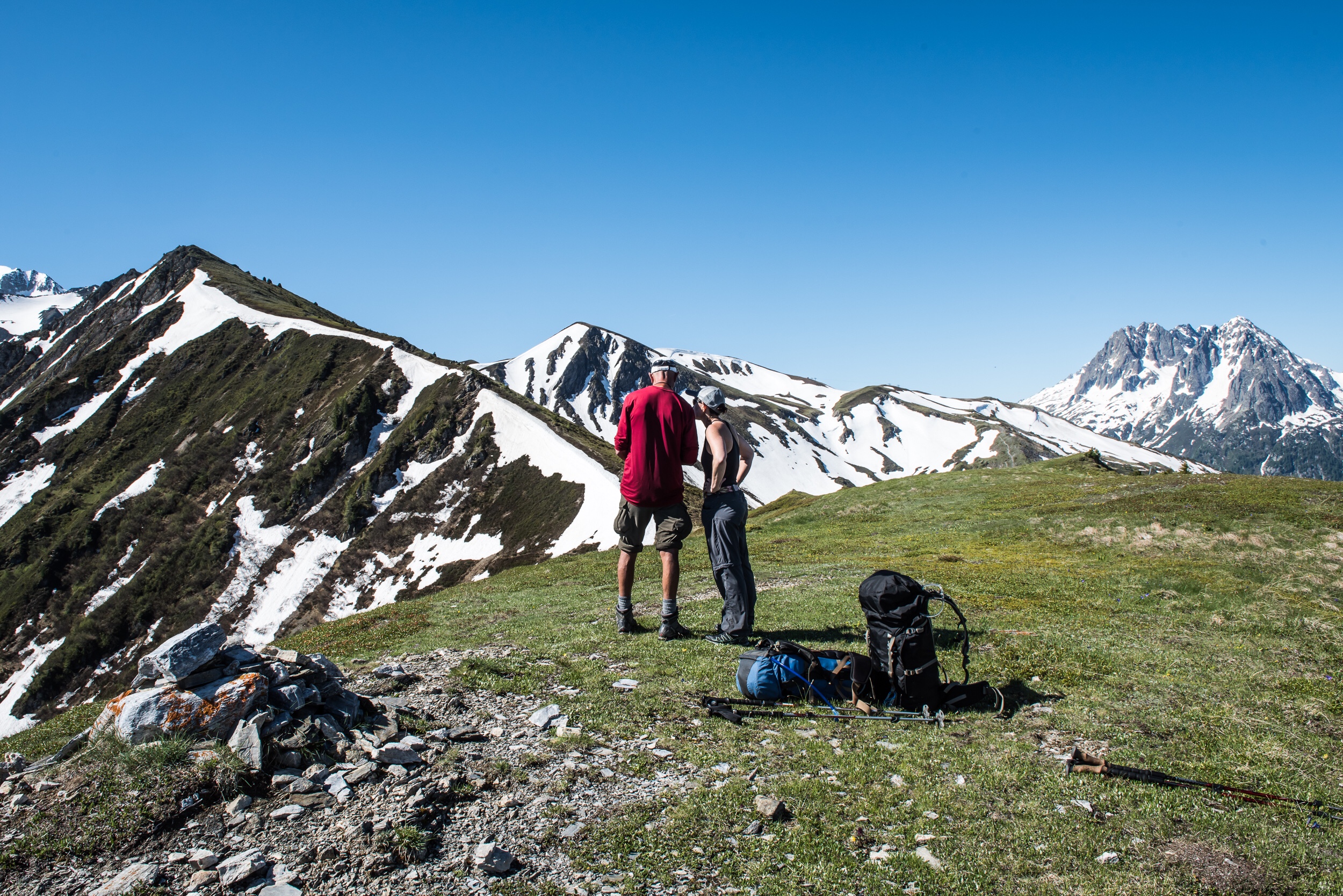 Li’l Fellar, the staffie puppy, who wrote his own story.

I will start his story at the beginning. In February or 2017, my husband and I drove to Utah to pick up our brand…