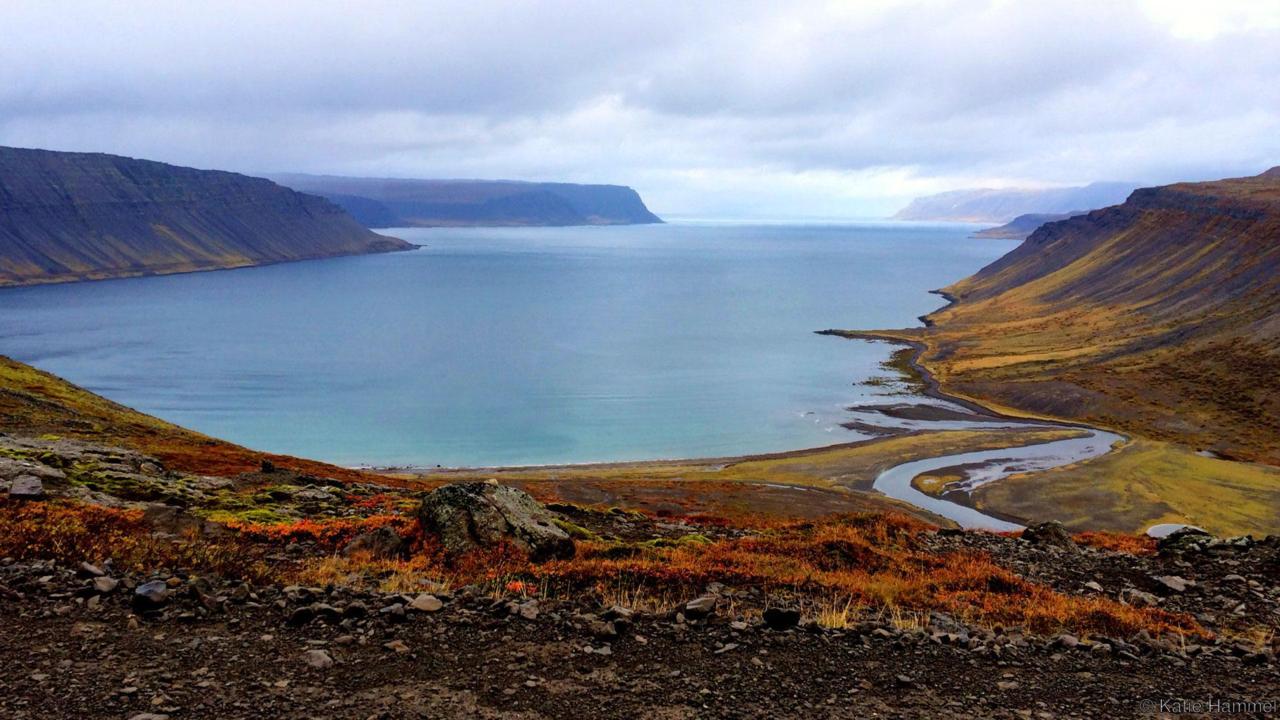 Kukucamper, Silfra, and the Westfjords

As one adventure came to a close another one was beginning…

Our plan was to start in Reykjavik, with a detour into Pingvellier National Park to the Silfra fissure for a dry suit dive and then head Northwest into the Western Fjords.  Next, we would retrace some of our route and then hit the main road to discover the best of what Iceland has to offer.

Our first stop was at Kukucampers to pick up our “home” for the next 12 days.  A lot of people take about 8 days, but we had the time so thought we would use it to really delve into the culture.  If you visit Iceland, I highly recommend Kuku Campers  (http://www.kukucampers.is/).  They have vehicles of all sizes ranging from tiny van to full size camper.  The staff is professional but they have a fantastic sense of humor and customer service is number one.  They went out of their way to accommodate us and even drove 2 1/2 hours to change out our camper when our radio got stuck on the highest volume and wouldn’t shut off.  Our new van had a caricature of what we thought was Elvis with a deck of cards; however, we were educated that is was actually a cheeky take on the Prime Minister and his magical sleight of hand act.  Well, his ability to say he had no idea about the huge amount of money that he and his wife had off shore. .Anyway, I am heading off track.  We decided on a AB Category camper which is basically a modified minivan.  (Beware Americans:  learn to drive a stick shift).  All of the seats had been stripped out of the van, and it now had a queen size mattress.  When you opened the two back doors, a large cutting board pulled out where you could put your propane stove or cut vegetables.  You then had three plastic boxes for storage, cutlery, pans etc.   Hey, for us, this was a huge step up from camping.  And, a learning experience for the future.  But more on that later.  At the time, we were quite chuffed with our little set up. Our first stop was Pingvellir National Park to do a dry suit dive at the Silfra Fissure.  “The fissure is a crack between between the North American and Eurasian continents, meaning that you dive or snorkel right where the continental plates meet and drift apart about 2cm per year.  The underwater visibility in the Silfra fissure is over 100 meters, which creates an underwater experience that will rarely, if ever, be surpassed. The reasons for this astounding water clarity are twofold: the water is cold (2°C – 4°C year round ) as it is glacial water from the nearby Langjökull and this water is filtered through porous underground lava for 30-100 years until it reaches the north end of Thingvellir lake, seeping out from underground wells. The Silfra water is as pristine as water can get and you can drink it at anytime during your dive or snorkel.” – from dive.is website.

Sounds enticing, right?  I am a fairly avid scuba diver; however, this was my first experience with a dry suit.  Oh my goodness, quite labor intensive.  You feel like you are putting on an astronaut suit with little booties.  The main part of the dry suit is quite comfortable as I had nice warm sweatpants on and wool socks.  Then came the part of creating the seal around my neck to make sure water doesn’t seep through.  Apparently the neck on my suit was a bit loose, so our dive master whips out what appears to be an S&M type black rubber collar that is going to go around my neck and tighten the suit.  Now I know what it feels like to slowly have your wind pipe restricted.  Now, in all seriousness, DiveIS is a fantastic company, and our dive master was incredibly professional, but it did feel a little strange to me.  You then strap on a steel tank, add an additional 20 or so pounds around your waist because the suit is incredibly buoyant, and you waddle 150m to the steps of Silfra.  I have tried to upload a photo of ours but it keeps turning upside down, so here is a picture from DiveIS where you can see how mind blowing the visibility is. After you do your first dive, you have a chance to rest, have some cocoa and a chocolate cookie before doing the same dive all over again.  As we were walking the 300m from where you come out of the lake to the dive staging area, I looked at my husband and said, “Jason, I love you with all of my heart, but that was one of the most miserable things I have ever done in my life.”  Needless to say, I did not do the second dive.  He, however, did and has an amazing video of himself touching both of the tectonic plates.  Quite impressive.

From Silfra we began the long drive up towards the Northwest Fjords.  It is a long drive because you forget how deep some of the fingers are.  Drive along the coast, then inland for about 40 minutes and back out to the same coast line which you could look back at where you began to go inland and realized that you had only covered about 1 mile from one side of the water to the other.  Oh, if you just  had a bridge to drive across.  We didn’t see another car for hours although came precariously close to taking out some sheep.  Not something you want to do as each sheep would have cost about 500 Euro.

Our plan was to spend the night somewhere near Ísafjörður which is the largest town in the Westfjords peninsula, with some 2600 inhabitants.” It is an ancient church site and a trading post since at least the 16th century, although a real town did not start to form until after mid-19th century. The growth of the town was triggered by salt fish production, and ever since then the fishing industry has been vital for the community.”

At first glance, there really isn’t much to this town, but once you get lost and drive around it a few times, it is actually a neat little place. There is the local bakery, the sundlaug (a little slice of heaven – Iceland is full of geothermal activity and every town has a “hot pool” of some kind or other either natural or concreted), a coffee house, gas station, one grocery store, and perhaps a restaurant or two.

I had been looking forward to this town because a local had highly recommended a particular seafood restaurant.  As we were searching out this well known restaurant, we came across a sign on a storefront that said “fiskur”. We hit the jackpot.  It was Cowley, the local fish monger’s store.  He had everything from Wolfish to Plaice to Halibut and Arctic Char, and a lot more.  Now everyone that really knows me can say without hesitation that when it comes to food and restaurants, I am a royal pain the ass.  Just plain old picky.  We had Arctic Char in a restaurant at the end of our hike, and although, the fish was amazing, it was served with a tiny amount of vegetables and heaping portion of potatoes and was fairly steeply priced.  This makes absolute sense when everything has to be flown in because nothing really grows on the island.  However, if you know me well, you know, I try not to eat a lot of simple carbs so a lot of these restaurant meals would be wasted on me.  So what better than to go to the grocery store buy whatever veggies I like, buy a ton of fresh fish and cook it on an itty bitty propane stove on a small cutting board on the tail gate of our very fancy camper in the freezing cold?  Not much, actually.

We bought every fish we could imagine for the next few dinners and set off to find somewhere to camp.  Hmm.. not really any good options in this little hamlet.  So, as we quite often did on this trip, loaded up the car and continued driving.  We ended up at Suoureyri which is tiny fishing village on one of the fingers.  We had our first experience at a Sundlaug and our first shower in 6 days.  Oh, what a feeling!  I am sure we were smelling as bad as wet socks at this point.  One interesting point about these hot pools is that you have to thoroughly wash naked before putting on your suit to enter.  Hmmm.  Anyway, we soaked for about 25 minutes in a pool that was 40 Celsius or about 104F.    It had been a damp, drizzly day, and it is utterly amazing how a fresh shower and putting on clean clothes can brighten your outlook.  Back at our campsite, fresh thai seasoned catfish and veggies.  Fantastic.  It was also the night we saw a brief showing of the Northern Lights.  I have to admit I was in my comfortable sleeping bag so didn’t step outside for the full viewing, but my husband saw the bands snaking across the sky.

The next morning we realized that we had driven about 6 hours through the West Fjords to spend one night, and we had seen everything.  One road in and one road out.  About face and back in the car.  A lot of Iceland is paved, but there are plenty of either gravel roads or roads that only 4×4’s can travel.  Because our camper was not a 4×4, we were fairly limited on our road options.  Before hopping in the car, we had to stop at the local bakery for our Americano.  What is it with European coffee that blows ours out of the water?

Coming up:  Out of the West Fjords and into the North

Newton’s Second Law of Acceleration and why understanding it can prevent injuries When I train clients, I am constantly repeating the importance on isolation…