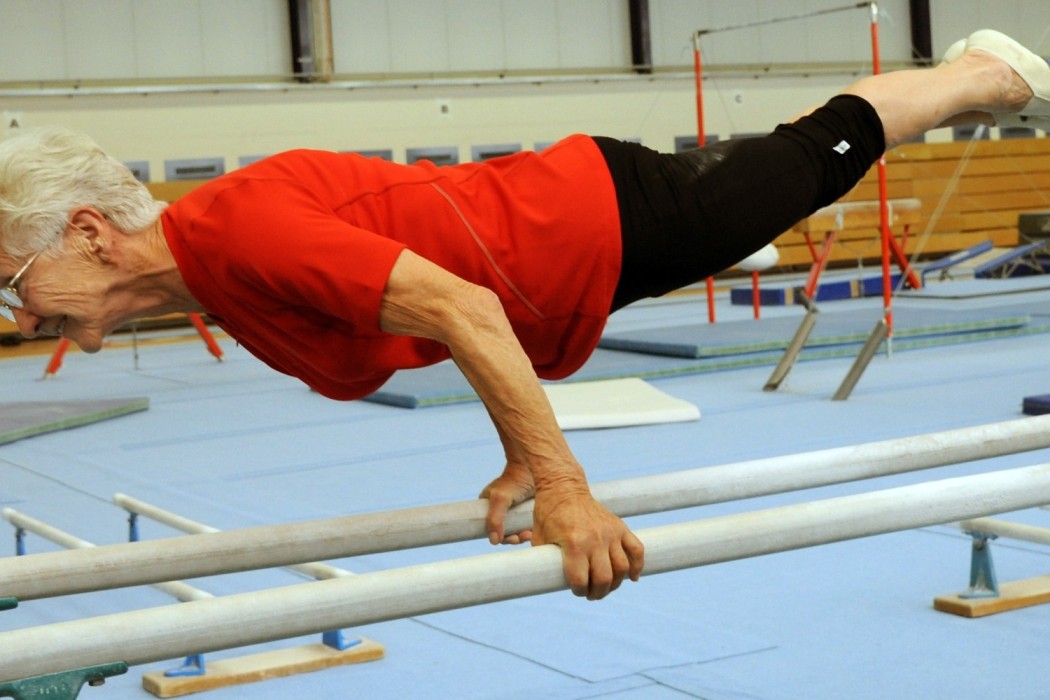 Now, with a growing population of aging baby boomers, experts are turning their attention to interventions to help stem the loss of muscle mass, quality and strength, known as sarcopenia. It is caused by a number of complex factors that are not entirely understood, including decreasing amounts of testosterone in men. Muscle decline often goes hand in hand with frailty, a decline of physical function that leads to falls, hospitalization and the need for nursing-home care.

Researchers are looking at promising treatments including inhibiting a naturally occurring protein called myostatin that curbs muscle growth. Pharmaceutical companies already have drugs in the pipeline that act by blocking myostatin or blocking the sites where it is detected in the body, potentially rebuilding muscle.

For now, however, the best medicine available to maintain muscle mass and strength is less complicated and costly—namely, exercise and a healthy diet. Yet about 60% of people over 65 are insufficiently active or overtly inactive, and many have poor nutrition, says Nathan LeBrasseur, a researcher who directs the Muscle Performance and Physical Function Laboratory and the Healthy Aging and Independent Living Initiative at Mayo Clinic in Rochester, Minn. Dr. LeBrasseur estimates that most people will lose approximately 30% of muscle mass over their lifetime, and as much as 50% by the time they reach their 80s or 90s.

Muscle is also central to metabolism, or the rate at which fat and calories are burned, and can help improve resiliency to the stressors of aging, Dr. LeBrasseur says. By simply stepping up activity like walking, gardening and household tasks, “we can slow the loss and prevent crossing that critical threshold that leads to functional limitations and metabolic issues.” Chronic diseases such as diabetes, which inhibits the metabolism of nutrients in the body, are believed to contribute to age-related muscle loss, and older obese individuals with decreased muscle mass or strength are at special risk for adverse outcomes, according to research funded by the National institute on Aging. Related conditions include cachexia, a state of general physical decline and malnutrition associated with chronic disease and cancer, and wasting disorders that can be associated with nerve disease or injury.

There is still debate about how best to define and measure sarcopenia, and doctors caring for the elderly may not even be aware of the term, which was derived from Greek words for poverty of the flesh and was introduced in the late 1980s. Researchers have a better handle on frailty, a syndrome of decreased strength reserves, reduced resistance to physical and psychological stressors, and cumulative decline across multiple systems of the body, including the brain. A number of frailty scales are available to help doctors evaluate patients.

Jeremy Walston, a professor of geriatric medicine and co-director of the Biology of Healthy Aging program at Johns Hopkins University’s Center on Aging and Health, says a major goal of research is to understand the complex interplay of molecular and physiological declines in multiple systems of the body with advancing age—a mix that may increase general vulnerability in frail, older adults. His team is studying changes in mitochondria, the energy-generating components of cells, and the impact of chronic inflammation in the body.

The Johns Hopkins researchers are also studying whether the drug losartan, commonly used to treat high blood pressure, can slow muscle decline in adults 70 and older, after promising results in mice.

In addition to the mounting evidence of the benefits of physical activity in stemming decline, Dr. Walston says there is an emerging body of research that suggests older people should eat more protein, with a focus on leaner sources.

According to guidelines published in 2010 by the Society on Sarcopenia, Cachexia and Wasting Disorders, a nonprofit group, as many as 41% of women and 35% of men age 50-plus ingest less than the recommended daily allowance of 0.8 grams of protein per kilogram of body weight (0.36 grams per pound). The group recommends that total protein should be higher in that age range, or 1 to 1.5 grams per kilogram per day (0.45 to 0.68 grams per pound), spread equally through three meals.

The group also says low vitamin D levels are associated with low muscle strength, and supplementing it in those cases has been shown to increase strength and function and reduce falls. But it’s best to talk to a physician before starting any supplements such as protein or vitamin D.

As for exercise, the group notes that resistance exercises can improve strength, while aerobic exercise can improve overall health and quality of life. The group recommends a combination of the two for 20 to 30 minutes three times a week.

Evidence continues to show the benefits of exercise at any age. Last month, a study in the Journal of the American Medical Association found that an exercise program reduced the onset of major disability for at-risk older adults by 18% over about 2½ years. The study, the largest of its kind, was conducted by a consortium of major aging research centers and funded by the federal government.

Known as the LIFE study—for Lifestyle Interventions and Independence for Elders—it compared a supervised, moderate-intensity physical activity program with a health education program on aging in 1,600 sedentary older adults. The activity portion included aerobic, strength, flexibility and balance training, based on individual levels of fitness, while the education arm had only limited focus on physical activity.

The study defined major mobility disability as the inability to walk 400 meters within 15 minutes without sitting, leaning against a wall, or getting assistance from another person or walker. Roger Fielding, a co-author of the study and director of the Nutrition, Exercise Physiology and Sarcopenia Laboratory at Tufts University, says the study shows that “even as we advance into very old age, physical activity can help preserve independence.” The study group hopes to follow the subjects for three more years to gauge longer-term benefits.

There is some inevitability to declining strength and muscles in aging, “but whatever we can do to mitigate that by building up the health reserve can pay off in dividends later,” says Karen Bandeen-Roche, another researcher at the Johns Hopkins aging center. “We can’t say frailty can be prevented in all people, but we can compress it to a smaller proportion of the end of life.”

What is BMI? And is it outdated?

Photo:  Adrian Peterson from Minnesota Vikings.   His BMI Classification may surprise you. First of all what is BMI, and how is it calculated?…