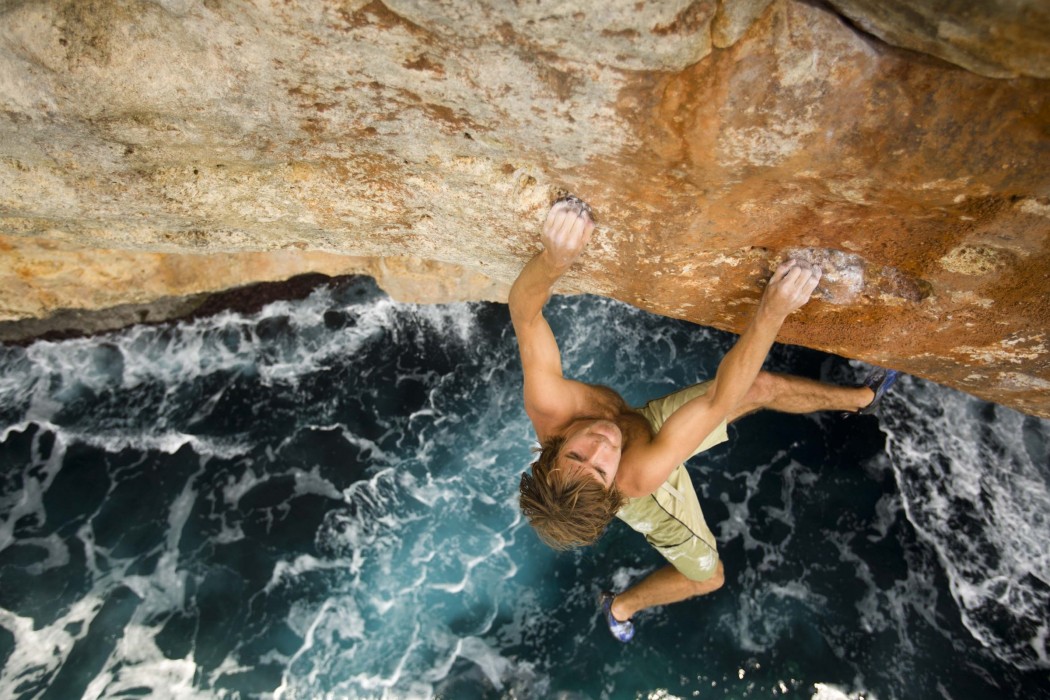 What is the difference between a pull up and a chin up?  And, which one should you do?

Which muscles are worked in both a pull up and chin up?

Studies have shown that both pull ups and chin ups are initiated by the lower trapezius and the pectoralis major and then completed with recruitment of the biceps and lattisimus dorsi.  However, even though the pattern is similar for both the pull up and chin up, the intensity of the muscle working is different.

What is the difference between the two with regards to muscle activation?

An Electromyography (EMG) which is a diagnostic procedure to assess the health of muscles and the nerve cells that control them shows that when you do a pull up, your back muscles; specifically your latissiumus dorsi, infraspinatus and lower trapezius tend to have greater activation.  In a chin up (palms facing you), then your chest (pectoralis major) and biceps are activated more.

Which one should you do?

Many people think chin ups are “easier” than pull ups so it is cheating to do a chin up instead.  This isn’t a truly accurate way to think because in both circumstances you are pulling your entire body weight up to a bar.

Chin ups may “seem” easier because with this grip, your biceps are in a stronger line of pull and are recruited more.

Because your palms are facing up, the chin up is mostly a shoulder extension movement — you move your upper arms down and to the rear.  Also, with chin ups, the shoulder range motion is smaller which may help explain why the chin up activates the pectoral muscles.

The pull up is a shoulder adduction movement. You move your upper arm down to your sides.  Pull ups depend more on your lats and less on your biceps which may make them feel harder.

However, when it comes to a pull up, be careful of how wide you grip the bar.   A wide grip doesn’t mean bigger lats.  It means you have a very reduced range of motion in your shoulders which puts more strain on the muscles and could lead to higher chances of injuries.

Both chin ups and pull ups should be integrated into a workout routine, however, as you focus more on your specific sport, the difference between the two becomes more important.  Your grip choice will either help you focus on the front of your body with a chin up or the back of your body with a pull up.

For climbers that tend to have muscular imbalances due to a lot of pulling that emulates a pull up, the chin up may help decrease that imbalance.

What creates contentment and laughter?

There is a saying about measuring life in contentment and laughter rather than inches and pounds, and I started to think about it.  A…